On Wednesday, September 5, the quarter-final match of the Prime Minister Cup All Japan University Soccer Tournament, played against Meiji University, was held at Yanmar Field Nagai in Osaka. 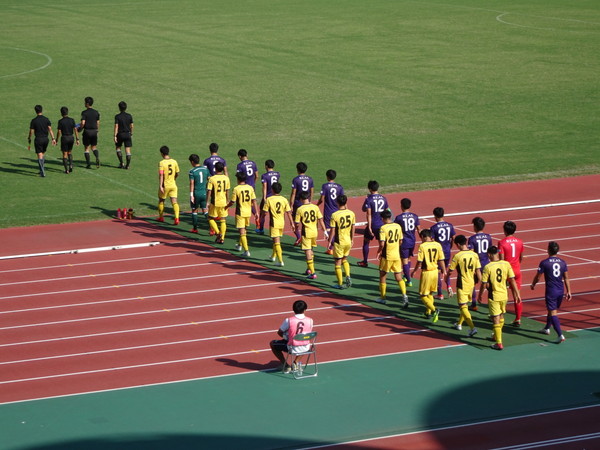 The match against Meiji University was a repeat of the hard-fought contest in the Amino Vital Cup. A victory in this match would have put Meiji Gakuin University in the nation's top four.
With the final score Meiji Gakuin 1-Meiji 2, Meiji Gakuin was not able to advance to the top four. 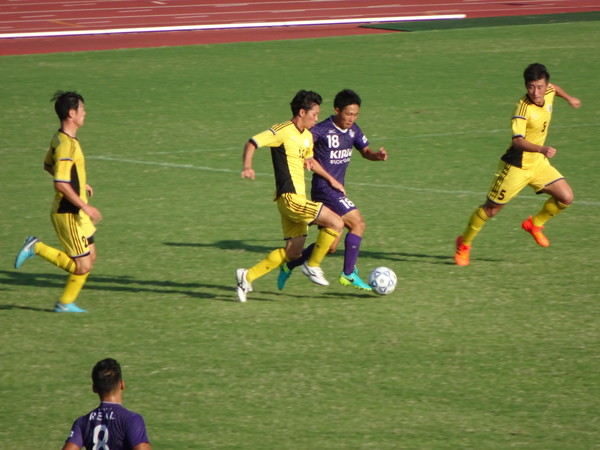 After expressing their appreciation in the center circle, the Meiji Gakuin players returned to the supporters' seats and were given a heartfelt round of applause.
The players received high praise from alumni and others in the stands. Here are a few of the comments:
"I didn't think Meiji Gakuin would stand on this stage during my lifetime."
"I want to say thanks for all the excitement and emotion. I'm grateful to every single player."
"It's too bad about the result, but it was a good experience for the students."
"Meiji Gakuin University has a real soccer club! I think they astonished everyone."
The slogan of this tournament is "Aiming to be the real number one university in Japan." The Meiji Gakuin University Soccer Club advanced all the way to the nation's top eight.
We would like to express our gratitude to the Soccer Club by saying, "Thank you for the dreams and inspiration." This achievement is sure to be a great impetus in the continuing league matches as well. 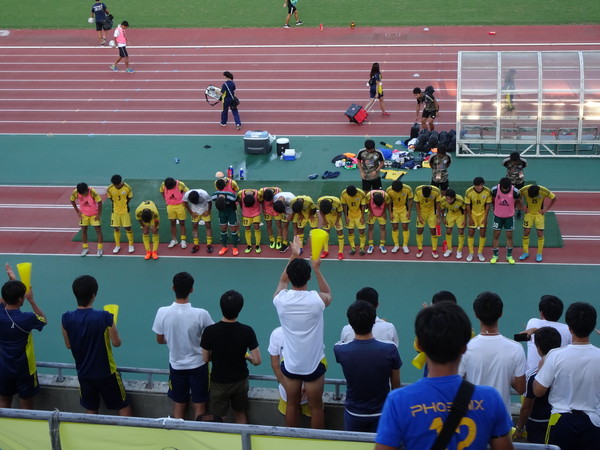