After the pink lemonade went on sale on the 8th at the International Cafe (located on the first floor of Building 8 on the Yokohama Campus), sales climbed well above the target of 50 cups per day. By the 11th, over 500 cups had been sold.

The project, organized by seven core participants who are members of the Volunteer Center’s Overseas Program Office , was inspired by the “lemonade (sales) stands” run by children in the United States.
Ms. Taguchi said, “We were a little worried that people wouldn’t get involved in a simple fundraising activity. We’re also thinking of this as a way for people to learn about the International Day of the Girl through the experience of enjoying this beverage.”
Also provided, with the cooperation of the International Cafe, were original stickers for cups, and heart-shaped cards on which participants wrote short messages. It was apparent that the organizers devoted a great deal of care to the details of the event as well as to the taste of the pink lemonade.

A portion of the pink lemonade sales proceeds will be donated to Plan International’s “Girls Project.”
In addition to the lemonade sale, this International Girls Week featured various activities including an international currency fundraising event and a library exhibition.
For more information about the project, please see the Volunteer Center website. 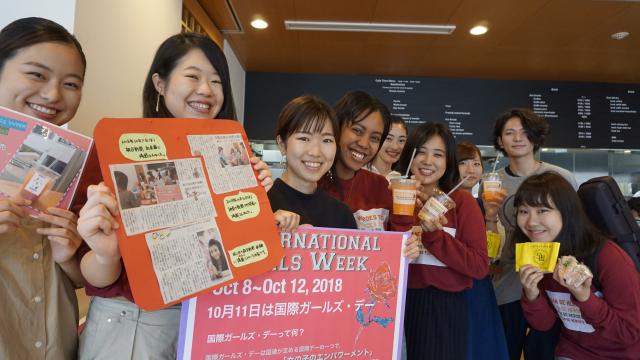 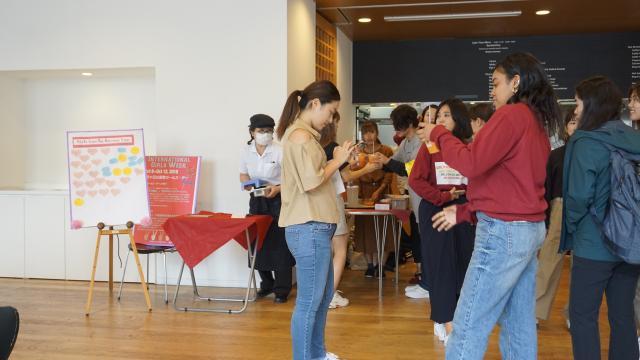 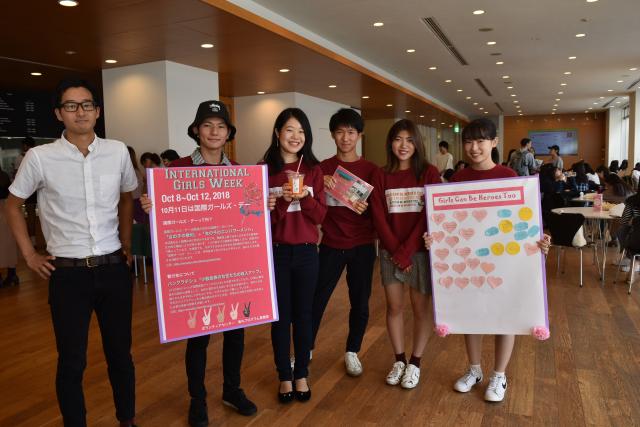