Congratulations to our 2020 school year graduates

Leo Murata
University President and Professor in the Faculty of Economics 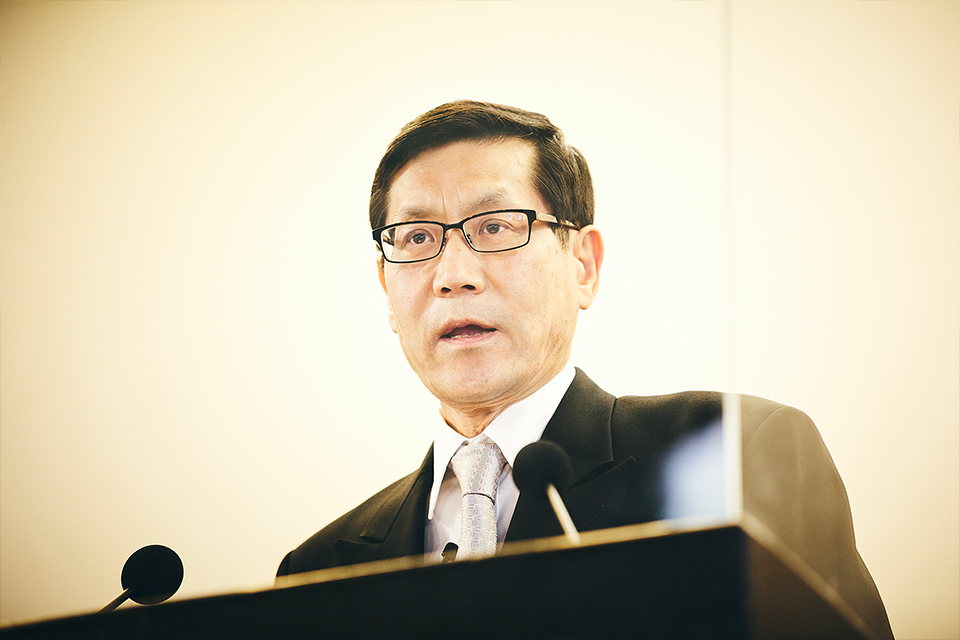 I extend my congratulations to all of our graduating students, and to their guardians. I truly congratulate you all from the bottom of my heart.

I am sure that due to the COVID-19 pandemic, the past year was not the university life that you expected, and I deeply apologize for any shortcomings in our handling of the situation.

Each of you were able to gain the valuable experience of both a time at which the University was unaffected by COVID, and the rapid changes that COVID forced upon us. You will never forget the peculiar college life you lived, the past year in particular. It is by surviving hardships that people, organizations, and society grow stronger.

Society has already started moving toward a post-pandemic world, despite the unexpectedly large scars it has inflicted upon us. Many people think that even after COVID-19 has subsided, the world will not return what it was before, but instead move in a slightly different direction. It will be the power of young people, yourselves included, that moves the world in that new direction.

Over the past year, we have been making efforts to separate University functions into several elements, hoping to replace each in a new form. Part of this is replacing some courses with distance learning. Such efforts are taking place not only at our University, but worldwide, and by actually implementing them we found that they provide some advantages. By incorporating our experiences and discoveries during the COVID era, society and universities will drastically change in the future. At that time, I believe the year you spent at Meiji Gakuin University during this pandemic will take on great significance.

I also believe that “Do for Others,” which Meiji Gakuin University holds as its educational philosophy, is an important idea that will retain universal meaning at all times. I hope you will make this your foundation as you apply the valuable knowledge and experiences you acquired in college, use your imagination, and work together to transform the world into something better to follow this turbulent era.

We still find ourselves at a time of great uncertainty, but I hope you will all continue increasing efforts toward maintaining your health. I will also pray for everyone’s success and future development.

Again, my congratulations on your graduation. 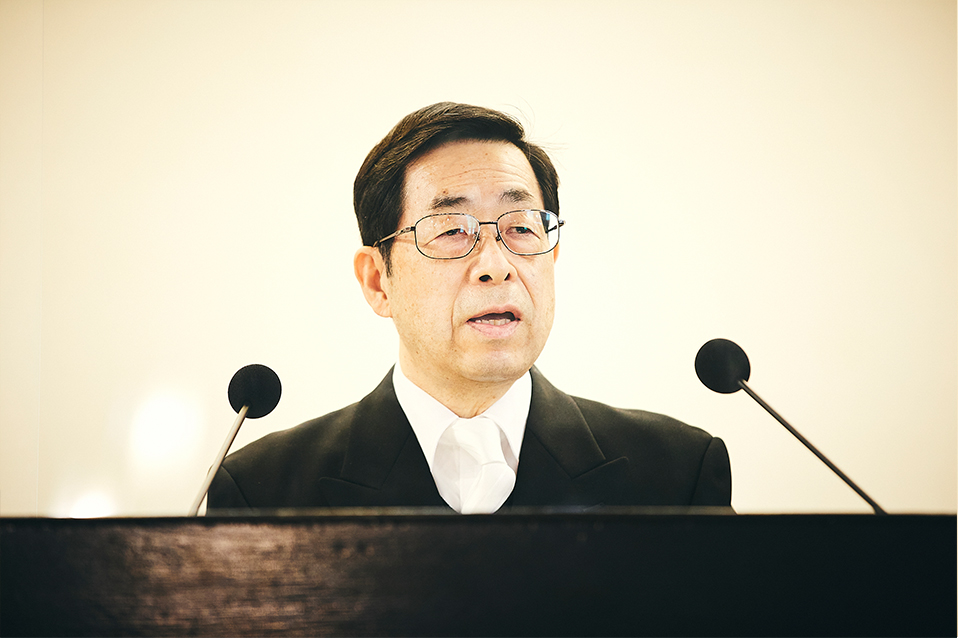 I extend my congratulations to everyone graduating from Meiji Gakuin University and the Meiji Gakuin Graduate School, as well as to all of their guardians, and families and children. Our graduation ceremony this year will take on a special form, the likes of which are seen once in a century.

Seiten wo Tsuke, the currently airing NHK Taiga Drama, is the story of Eiichi Shibusawa, the person whose portrait will be on the 10,000 yen bill starting in 2024. Shibusawa’s boyhood came during another turbulent era: the end of the Tokugawa Shogunate, often considered end of Japan’s feudal period. This was around the time at which the founders of Meiji Gakuin, Dr. James and Clara Hepburn, made their long journey from the United States to Japan.

In the 1850s, the skilled and well-mannered Dr. Hepburn, who had four clinics in New York, was a very wealthy man. However, he set aside all of his assets and came to Japan as a missionary doctor. New York society must have considered him foolish for doing so, rather than living a life without want as he so easily could have done. Christianity was prohibited in Japan in those days, so to focus on education he created the Hepburn School, which taught academics. That school eventually became our Meiji Gakuin.

Dr. Hepburn also collected the words of Japanese commoners to create his Japanese and English Dictionary, the third edition of which made the Hepburn method of Japanese romanization widespread thanks to its ease of use by diplomats and merchants. That system remains in use today, for everything from passports to displays of place names. When the ban on Christianity was lifted in 1873, he started work on a Japanese translation of the Bible, which was finally completed in 1887. He furthermore helped to build churches throughout Japan. I only recently learned about the history of the Kujukuri Church in Chiba Prefecture, which Dr. Hepburn greatly cooperated in the building of. He performed monumental tasks, but to Dr. Hepburn the only important thing was showing the path to Christianity. He put into practice the phrase “show the way, don’t show yourself.”

Besides his humility, there is another thing we can learn from Dr. Hepburn: how even in turbulent times he constantly prayed to God to ask whether his dreams and illusions were truly what he should be working toward, how he thought hard for himself, and how he devoted himself entirely toward working for others.

Our society today finds itself caught in a worldwide pandemic. This is a confusing time for some, because we find that while our leaders are quick to solve problems for which the solution is obvious, we must clumsily struggle through trial-and-error to address problems for which the future is unclear. As you have seen for yourself, you will be living in a world in which the so-called empirical evidence that adults acquired through past experience will no longer hold true. As you do so, I hope you will sometimes pray, but also think for yourself, and use your judgement to forge new paths. May God provide his bountiful guidance to each and every one of you as you set off on your journeys.

Congratulations on your graduation.